Are Disability Benefits A Form Of Unemployment Insurance?

Bloomberg Business Week is out with a very interesting story on Social Security benefits. The authors have drawn a map that shows what parts of the country have the highest rates of people receiving disability benefits. 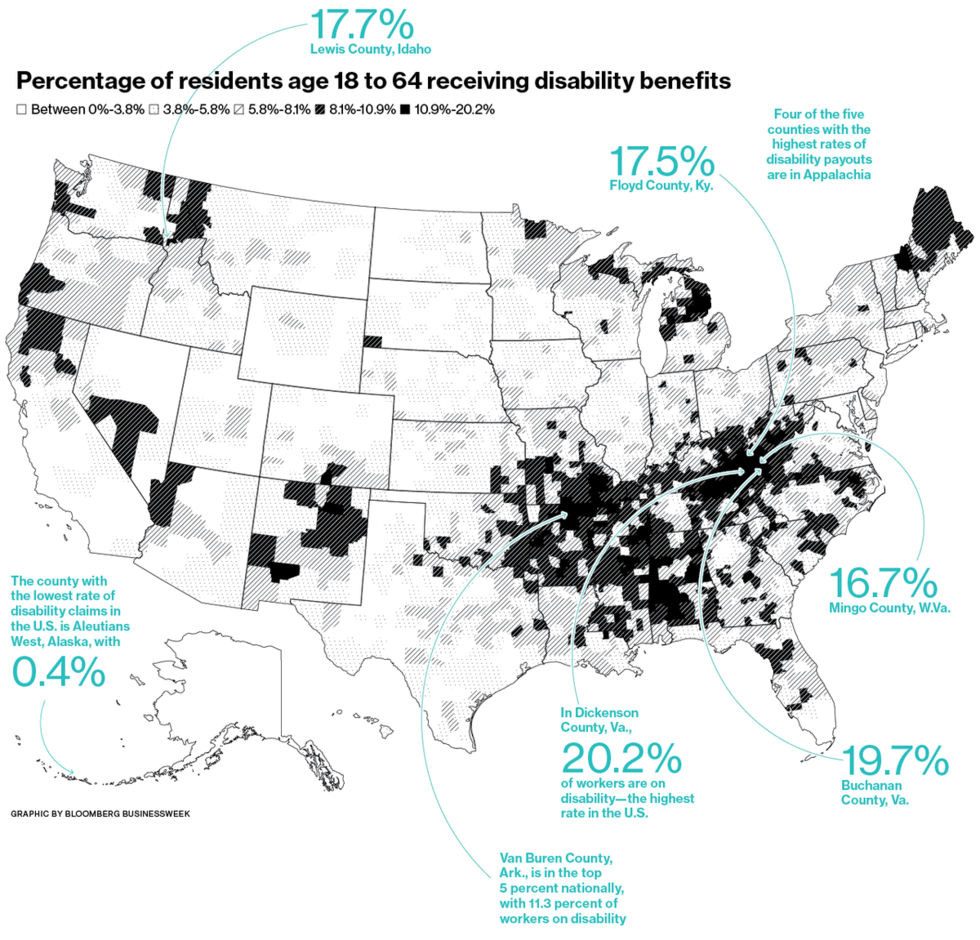 Thanks To Bloombergnews.com for image

The map shows that those areas most affected by the loss of jobs due to trade with China and Mexico have the highest rates of disability beneficiaries. These areas include the Deep South, rural sections of Western states and, most especially, Appalachia.

The Bloomberg article gives you much to think about. It is well worth reading. If you would like to discuss this, or anything else, please let me know.