How Would The Senate Healthcare Plan Affect The Disabled?

Last week, Senate Republicans revealed their proposal to replace the Affordable Care Act (ACA).  While it is different in 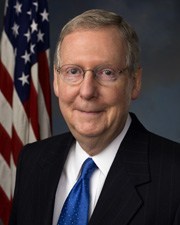 some aspects from the Congressional Republicans' plan, they do have some things in common.  One of these is a drastic reduction, more than 22 million, in the number of people who have health insurance.  The Senate bill does this primarily by severe cuts to Medicaid.

Medicaid pays for health care for almost 75 millions Americans.  While most think that Medicaid only covers the poor, it also pays for everything from births to nursing home care. Indeed, Medicaid covers almost 50% of all births and even higher percentage of nursing home care. Suffice it to say, Medicaid is irreplaceable. Any cuts to the program are going to bring dramatic changes to almost all Americans.

The Senate plan would give States greater latitude to impose restrictions on Medicaid eligibility. These could include requiring people to work, to make copayments, or face lifetime limits on benefits.  Any one of these could be devastating for the disabled.

Without Medical Proof, No Finding Of Disability

For those persons applying for Social Security disability, reductions in Medicaid coverage are going to be highly problematic.  These proposed changes in Medicaid would arrive at the same time that Social Security is demanding even greater amounts of medical documentation before approving disability applications.  Simply put, if a disabled person cannot see a doctor, she cannot prove she is disabled.  Without medical evidence, a judge simply cannot approve even the most obvious disabilities.

The Senate wants to hold a vote on their version of healthcare soon.  If you are opposed to such drastic cuts to a program that affects almost all Americans, let your Senator know. Do it right now so that he or she knows how strongly you feel about this. A year

Can You Hear Us Now?

from now when you have no health insurance, it will be too late.