If I Have A Lawyer, Should I Appeal On My Own?

I encountered something new recently. A client of mine lost her case in front of a Social Security disability judge. That part is not new. I filed an appeal of that decision. Later, when checking on the status of this appeal, I learned that Social Security had cut off my access to that file.  When I called to ask why Social Security told me something surprising. The client had filed her own appeal after I had filed for her. Worse, in her appeal, the client indicated she had no lawyer. 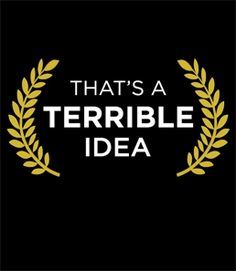 Yeah, No So Good

When Social Security got the second appeal, they took me off the case. While I was no longer listed as the client's representative, Social Security made denied her appeal.

All of this could have been avoided had the client not filed her own appeal. There was no reason for her to do so. At best such a filing would make things more complicated. The worst, as we have seen, was more damaging.

Let Your Lawyer Do What You Hired Him To Do

The bottom line here is this: if you have a lawyer let him or her file all the required paperwork with Social Security. If you do have a reason to file on your own, make sure you discuss this with your lawyer first.

You hire a lawyer to do such things as file appeals. Let her do that. It will make life much easier for all involved.