Why Do I Keep Hearing So Many Scary Things About The Future Of Social Security?

I try to keep up with the latest headlines about Social Security. In so doing, I have discovered that it is really hard to get unbiased information. Too much of what appears in the media is misleading and inflammatory. A great deal of it is also simple false.  This can leave those people who just want some straight up information in a tough spot.

Social Security Is A Politically-Charged Issue

The Persistence Of Falsity

Neither of these assertions is true.  So, why do they persist? 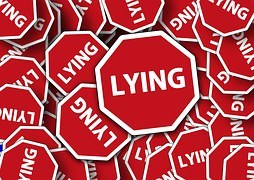 What Was That Again?

First the allegation that Social Security is about to go broke. People have been repeating this line ever since Franklin Delano Roosevelt signed the Social Security Act into law in 1935.  If we dig a little, I think we see why some on the right keep up with this falsehood over the decades. My explanation is that for certain people, the idea of a successful public welfare program like Social Security is simple unbearable. These people hate the idea that Social Security works.  This arises, I think, from their idea that the Federal Government should not be in the business of providing for the elderly, poor, widowed, and disabled. A successful and thriving Social Security refutes these people's basic ideas. So, in response, we get this endless stream of blather about how Social Security is doomed to fail. Once it does, the people who have been predicting it's demise for more than 80 years will get the last laugh.

The same line of thinking applies to the stories about how Social Security is riddled with waste, fraud, and abuse. For those people who hate the idea of Social Security, claiming the entire enterprise is corrupt has the same affect as saying it is about to collapse.

It would be one thing if these doomsayers were simply howling into the wind. But, there is a real-world effect of so much falsity. For example, people take their retirement benefits at age 62 out of fear that Social Security won't be around for them later. This is, of course, nonsense. But taking retirement benefits early, together with the penalty for doing so, will affect how these retirees live the rest of their lives.

The lesson here is that if you are going to read about Social Security, bear in mind that most of the writers share an agenda: to convince you that Social Security is a giant fraud that is about to collapse. Feel free to ignore such thinking. Whatever you do, don't let it affect your financial decisions. There is no call for you to receive lower benefits for the rest of your life so that some smug writer in a right-wing think tank can congratulate himself on being so smart.